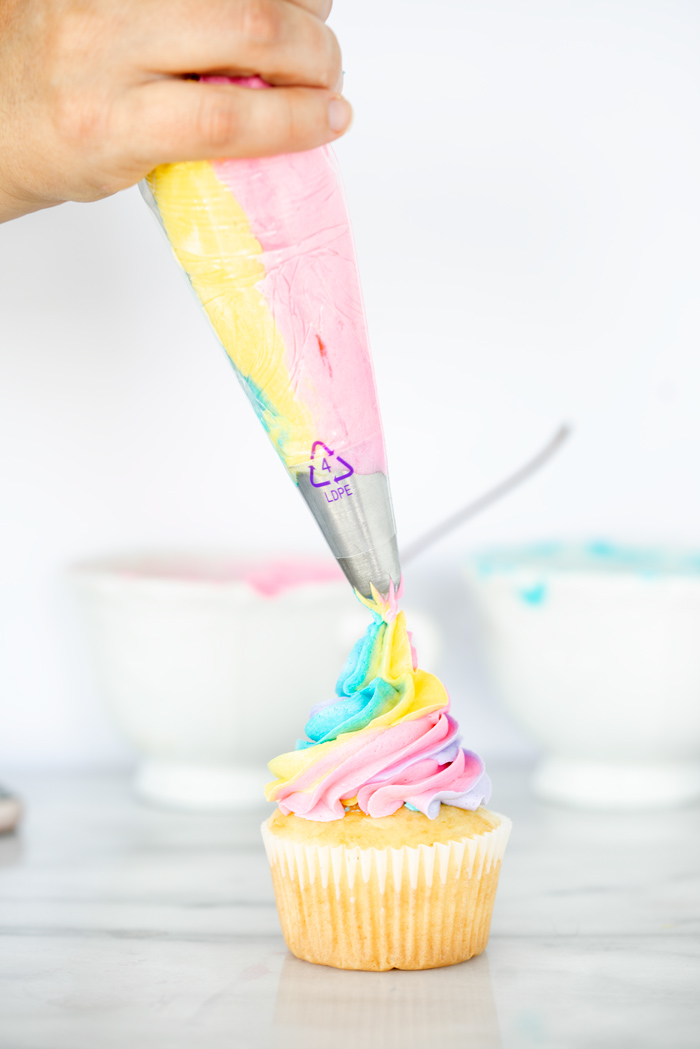 How to make rainbow buttercream tutorial complete with photos.

Is there anything prettier that rainbow buttercream? We know it tastes the same, in fact most the time its vanilla. However just seeing those rainbow hues blended together just somehow makes it taste better, even if just in our imaginations. But one thing is for sure, rainbow buttercream is just so pretty to look at!

Today I’m going to show you how to make rainbow buttercream. I throw the word rainbow out here a lot but you can use any combination of colors that you like. So if you are making a cake for someone that wants blue, red, and yellow, this technique will work just the same. So let’s jump right in… 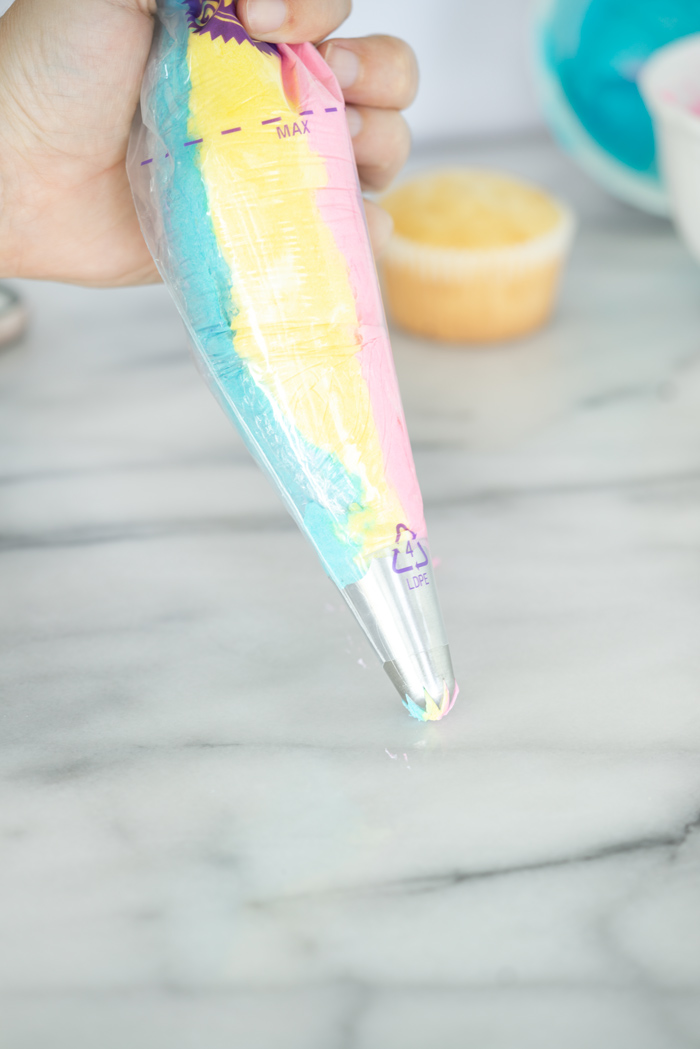 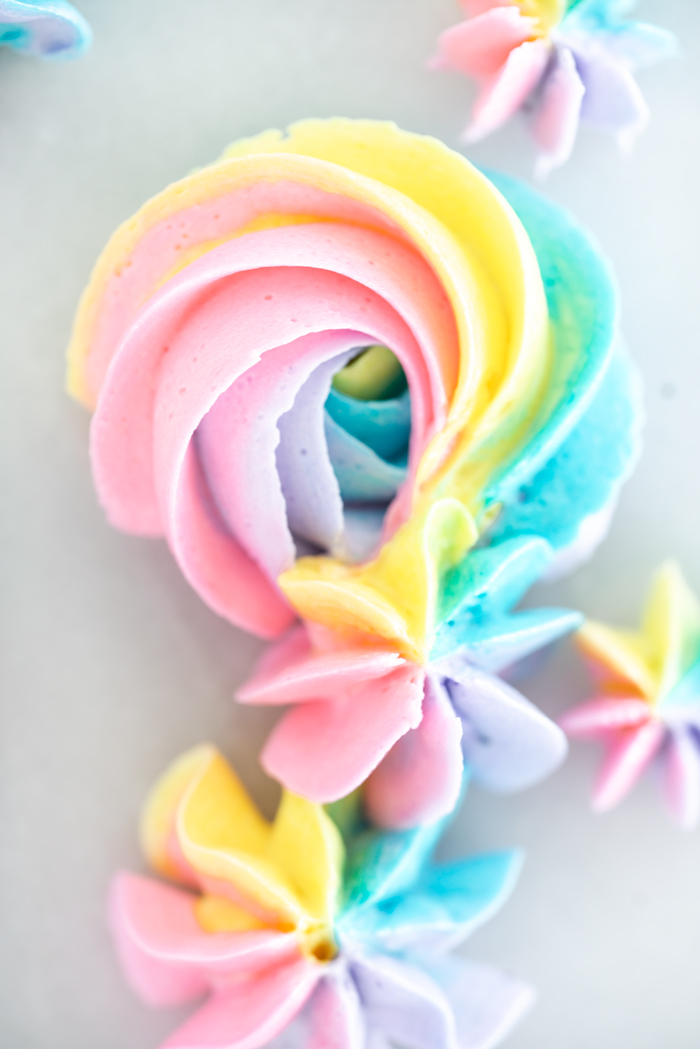 A. Rather than using a spatula or spoon you can put each color in a piping bag and pipe it onto the plastic wrap if you choose. I chose to show it with the spatula because not everyone has a lot of piping bags laying around 😉 .

B. While you are piping your rainbow buttercream you may notice that you are seeing the two same colors. Simply turn your piping bag a little as you go, otherwise some colors will be on the top, some will be on the bottom.

There it is, your step by step guide to making rainbow buttercream!

How To Create A Smooth Buttercream Finish

How To Fill and Crumb Coat A Cake

How to Make (and fix) Swiss Meringue Buttercream

PIN FOR LATER! It may come in handy! 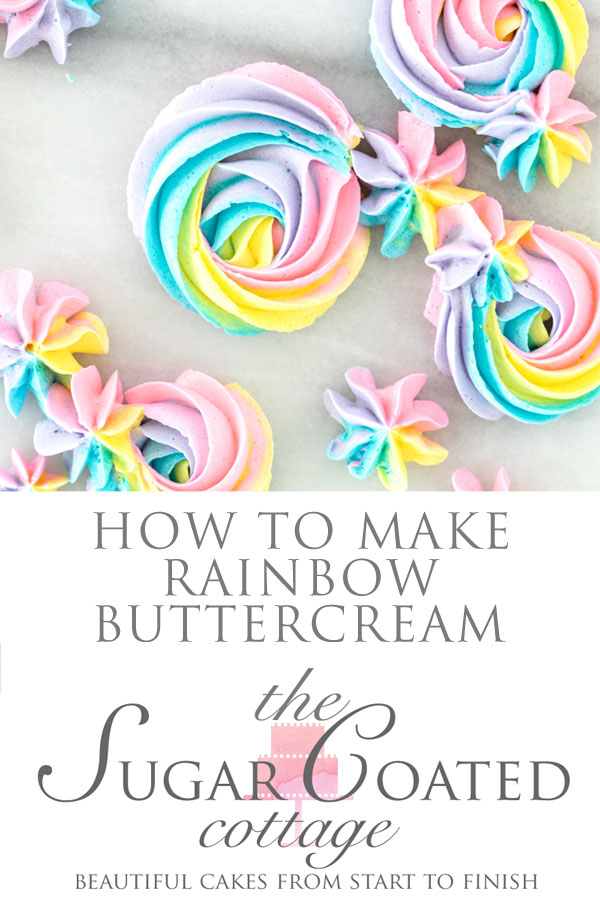 Keyword american buttercream, buttercream, cake, cake decorating, frosting
Tried this recipe?Let us know how it was!