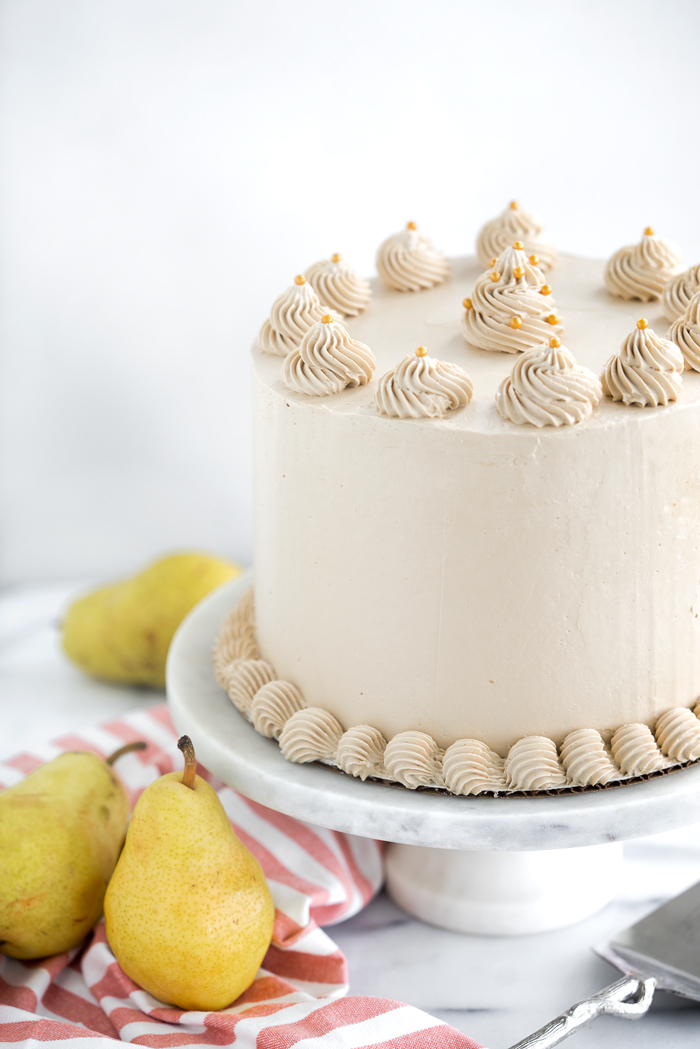 Happy Fall Everyone!! So last week I posted chocolate because I wasn’t ready to say hello to Fall. But then it dawned on me, I love Fall but I just hate saying goodbye to summer. In Michigan and surrounding regions we really only get 3 really consistent months of summer so when Fall arrives I’m never ready to say farewell to summer. Regardless of how I personally feel though Fall is right on schedule. Our last day of summer was 83 degrees and the first day of fall was 63 degrees, right on queue! 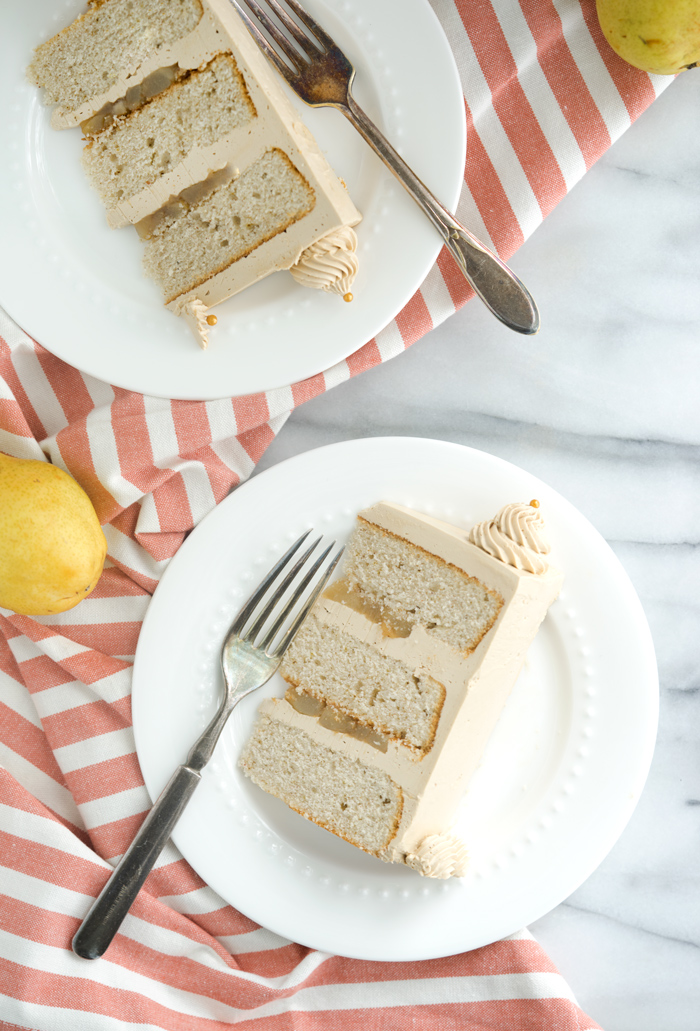 To welcome in Fall I decided to turn to an underrated fruit, the pear. The pear is sweet, addicting and has a unique texture which differs slightly from an apple. And if you like juicy fruit then the pear is your best friend. And though I love a good apple anything I have a special place in my heart for the pear. And now a special place in my heart for this Pear Spice Cake with Dark Brown Sugar Buttercream!!

What Makes This Cake So Grand?: 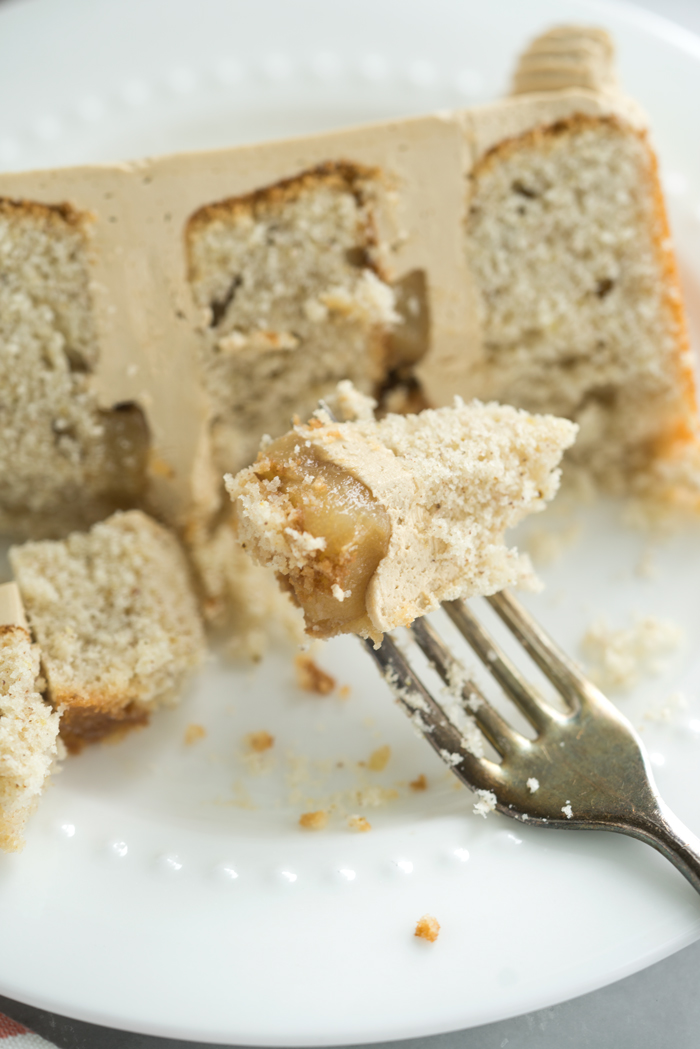 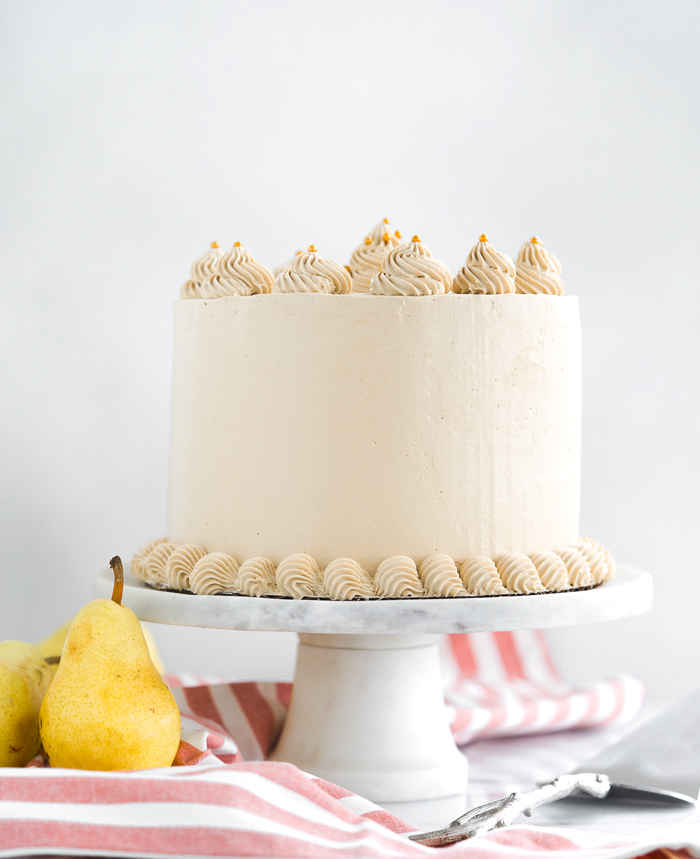 A few notes about pears. As mentioned above they can be juicy. For the caramelized pears you will want ripe but firm pears which will hold there shape as they simmer. If they are mushy to start with they will get mushier as they cook down. As you begin to caramelize the pears they will release their juices, this is normal just keep cooking them down.

Join me in welcoming in Fall and enjoy a slice of this cake (or two).

PIN IT FOR LATER! Thanks. 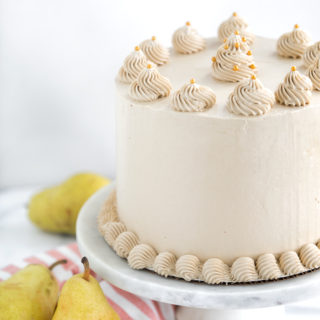 I used tip Wilton 4B, its a larger shell tip.
Tried this recipe?Let us know how it was!