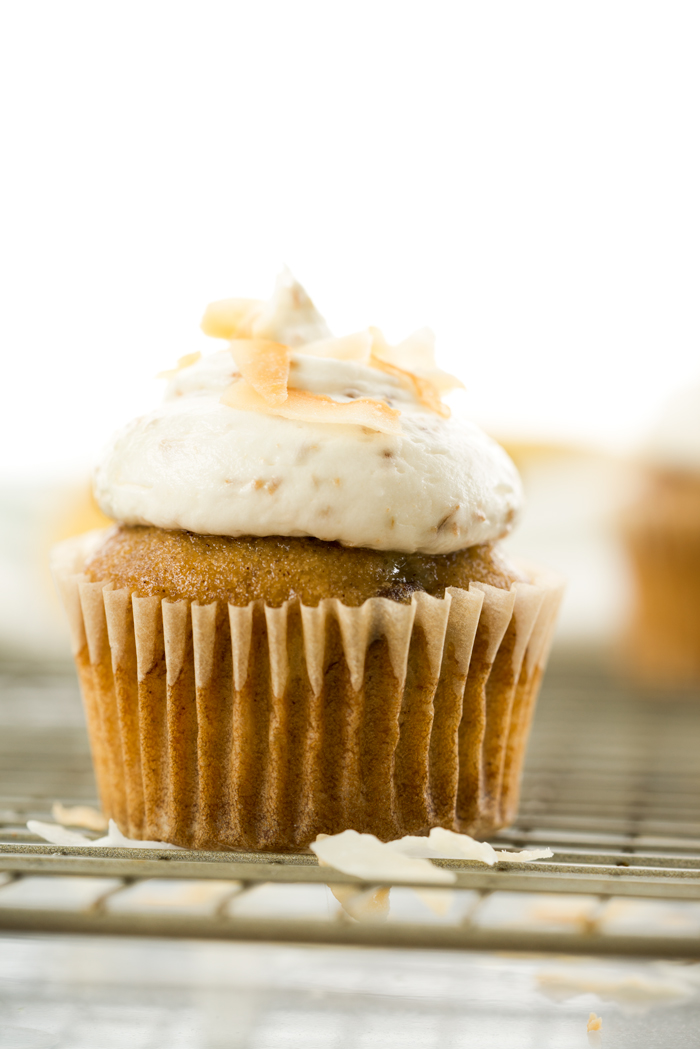 Hummingbird Cupcakes And Toasted Coconut Buttercream. A southern classic and one of my favorites topped with a swirl of smooth and creamy toasted coconut buttercream.

Happy Wednesday! I was looking at a list of fruits and veggies in season for Sept/Oct and was shocked to see bananas on the list. I guess I never really thought of bananas as a seasonal fruit before and if I had been asked to guess it’s season Autumn would not have been my first choice. But with that being said I’m really happy it is a fall fruit. Because today I am bringing you a favorite of mine. Hummingbird Cupcakes And Toasted Coconut Buttercream. 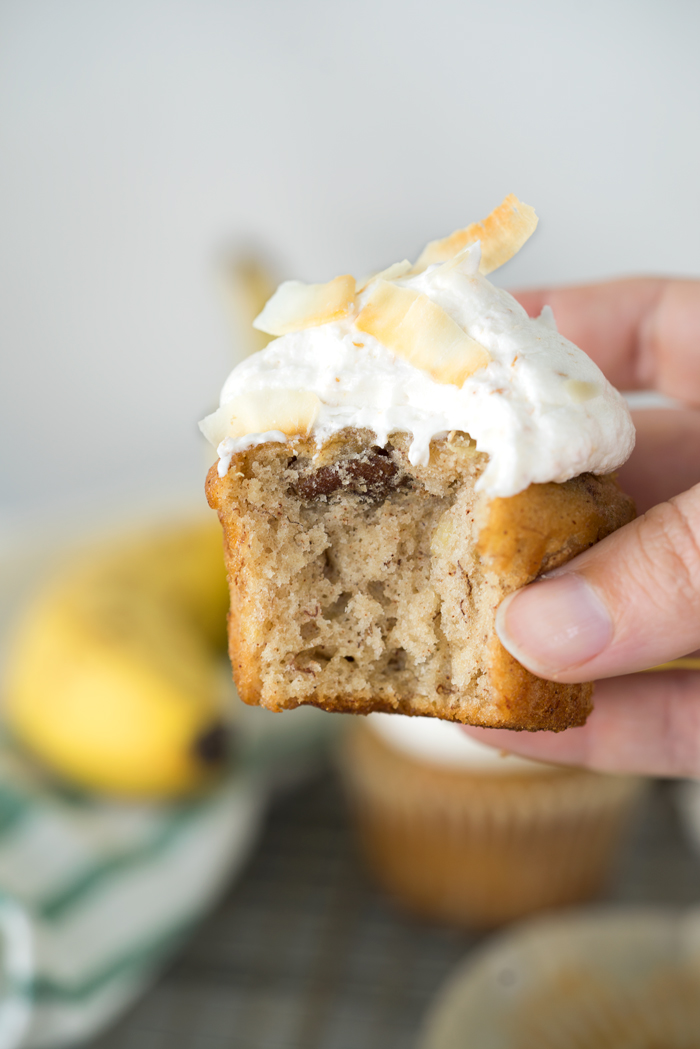 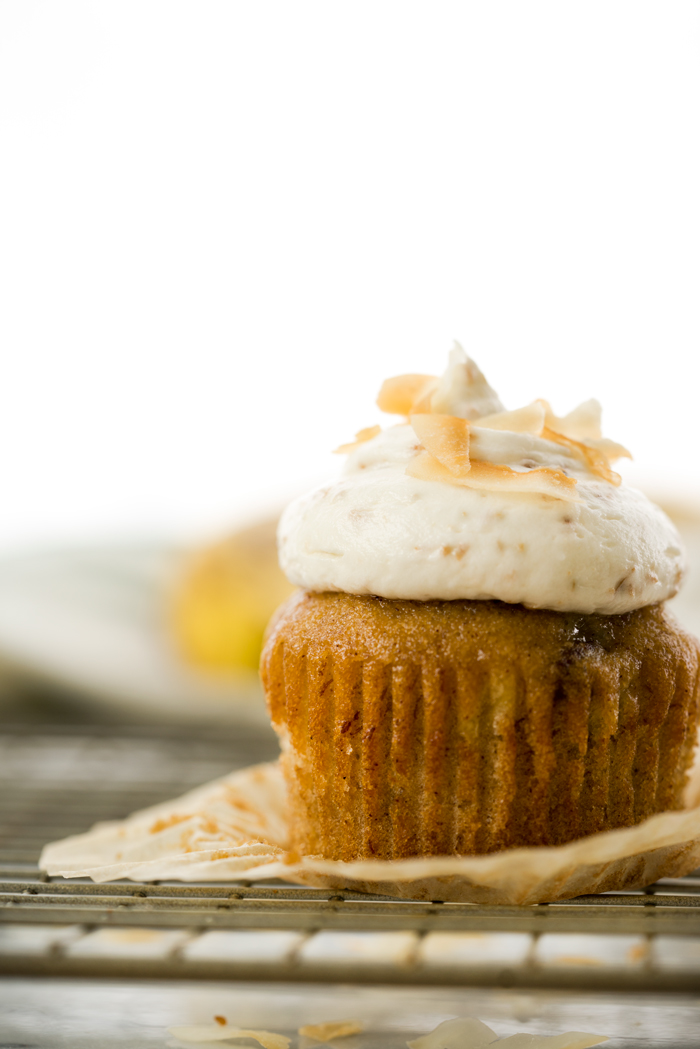 The first time I had Humming Bird cake I was in love, deep love, true love. I didn’t know banana cake could get any better but it sure does when you add pineapple and pecans. We’re talking next level flavor, texture and goodness.

What’s the secrets to making a smashing Humming Bird Cupcake?:

Now a little bit about the Toasted Coconut Buttercream. It’s amazing on these cupcakes and the toasted coconut along with the coconut flaked garnish give a nice balance of coconut flavor all on it’s own. I’m not a huge fan of fake coconut flavoring (it’s not a snobby thing, it’s just a personal preference thing) but if you want more coconut flavor to your buttercream feel free to add a little coconut extract. 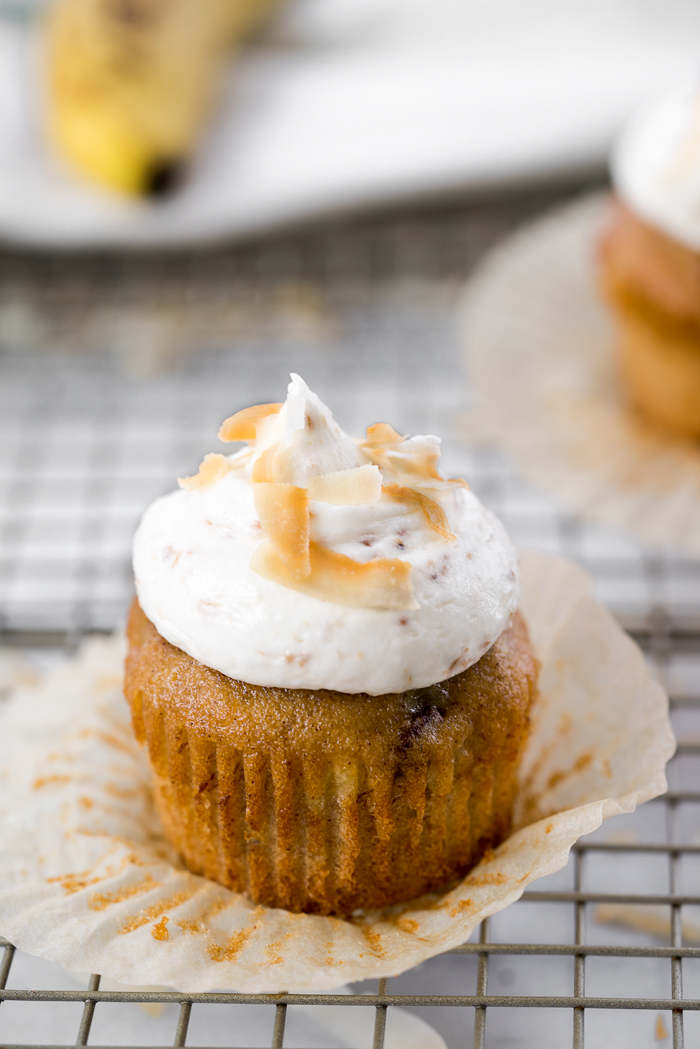 So that’s it, now you know what makes a Humming Bird Cupcake so special and why you should be getting those bananas good and ripe to make your own!

Here are some of the items that helped make these cupcakes. (please note that the below are affiliate links which means if you were to purchase from the link I would make a small commission at no charge to you.)

PIN IT FOR LATER! Thanks.

Stacey - The Sugar Coated Cottage
Hummingbird cupcakes, banana, pineapple and pecans. With a dollop of toasted coconut buttercream to top it all off. A southern classic!
5 from 1 vote
Print Recipe Pin Recipe
Course Dessert
Cuisine American

If you need to toast your own coconut flakes or macaroon coconut you can. Preheat oven to 350 degrees. Line cookie sheet with parchment. Put desired amount of coconut on cookie sheet and bake for 1-2 minutes or until golden brown. The coconut will brown up fast so don't turn your back or walk away, it can burn easily.
Tried this recipe?Let us know how it was!